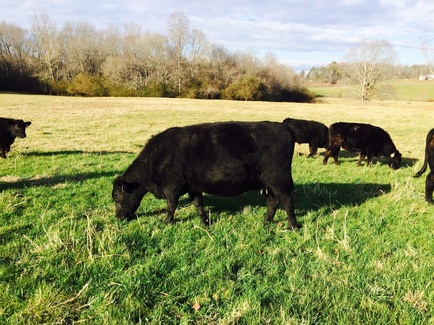 ﻿﻿﻿﻿﻿Our cattle herd consists of Angus cattle and British White cattle.
​
﻿﻿Angus cattle are native to the counties of Aberdeenshire and Angus in Scotland and are know as Aberdeen Angus. Known as Angus doddies before the 1800's the best black polled cattle were collected for the herd owned by Hugh Watson. In 1873 4 Angus bulls were brought to the US, shortly after more Angus cattle were imported from Scotland and in 1883 the American Aberdeen Angus Association was created in Illinois.

Our Angus cattle come from the genetics base of Ohlde Cattle Co. where they focused on moderate frame size, fertility, easy fleshing, excellent maternal instincts, structurally correct and bred to live on forges all the time. We bought several head from Shelby Cattle Co. in Tennessee as we started our herd.  Angus cattle are well known for the marbling and tenderness as well as other carcass traits but the high humidity and heat is sometimes an issue.  Bring on the British White Cattle. 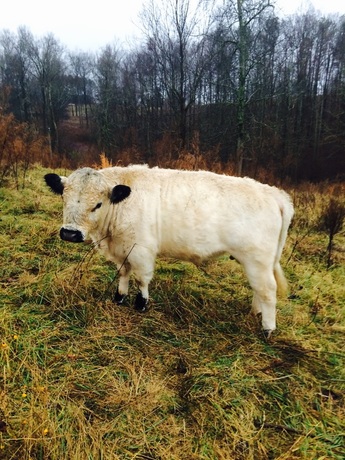